Rejoicing in the Word.

Thy words were found, and I did eat them; and thy word was unto me the joy and rejoicing of mine heart: for I am called by thy name, O Lord God of hosts. Jeremiah 15:16.
There is constant need of patience, gentleness, self-denial, and self-sacrifice in the exercise of Bible religion. But if the Word of God is made an abiding principle in our lives, everything with which we have to do, each word, each trivial act, will reveal that we are subject to Jesus Christ, that even our thoughts have been brought into captivity to Him. If the Word of God is received into the heart, it will empty the soul of self-sufficiency and self-dependence. Our lives will be a power for good, because the Holy Spirit will fill our minds with the things of God. The religion of Christ will be practiced by us; for our wills are in perfect conformity to the will of God.
Some who profess to have true religion sadly neglect the Guidebook given by God to point the way to heaven. They may read the Bible, but merely reading God’s Word, as one would read words traced by a human pen, will give only a superficial knowledge. Talking of the truth will not sanctify the receivers. They may profess to be working for God, when, were Christ among them, His voice would be heard, saying, “Ye do err, not knowing the Scriptures, nor the power of God” (Matthew 22:29). Such cannot know what true religion means.
“The words that I speak unto you,” said Christ, “they are spirit, and they are life” (John 6:63). Jeremiah testifies to the Word of God, saying, “Thy words were found, and I did eat them; and thy word was unto me the joy and rejoicing of mine heart.” There is divine healing in God’s Word, which the so-called wise and prudent cannot experience, but which is revealed to babes. “The entrance of thy words giveth light; it giveth understanding unto the simple” (Psalm 119:130). If this Word is enshrined in the heart, it becomes the treasure-house of the mind, from which we bring forth things new and old. We no longer find pleasure in thinking of the common things of earth, but say, “Thy word is a lamp unto my feet, and a light unto my path” (verse 105).—The Review and Herald, May 4, 1897.
This devotional is taken from Ye Shall Receive Power by Ellen G. White.http://chinsspeaking.com 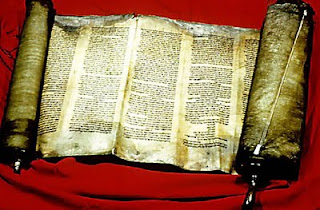 Can Snoring Ruin a Relationship?

If you lie awake at night as your partner saws the log, you're far from alone. Although snoring can affect anyone, it's most common in males and those who are overweight. According to the National Sleep Foundation, this nighttime disturbance affects 37 million Americans on a regular basis.
Sure, loud snorers can be humorous, but the act have an ill effect on other's sleep habits. According to a study conducted by Richard Day Research, half of all snorers' bed partners reported that snoring made it impossible for them to get a good night's sleep, and 40 percent confessed to sleeping in separate beds. Furthermore, a Mayo Clinic study found that snorers' spouses woke up an average of 21 times an hour.
Health Business Week noted the following statistics:


Can Snoring Affect Your Relationship?

While some may view snoring as a negligible nuisance, others find it as an issue that has real repercussions. A lack of sleep can affect daytime energy and mood. Often when someone is tired throughout the day, they can become snappy--often leaving a mark on that person's daily interactions.
The daytime sleepiness affects all aspects of life, says Dr. Paul O'Keefe, a psychiatrist at St. Vincent's Hospital in New York City because it leaves sufferers cranky and irritable. "It can definitely affect your personal relationships," he says. "But there are many medical interventions for it."

What To Do If You Snore

If you the snoring culprit, try the following tips provided by the National Sleep Foundation:
Your doctor may recommend:


What to Do If You Are the Partner of a Snorer

Convince your mate that the snoring is interfering with your life and could even have a detrimental effect on your relationship. Encourage the snorer to seek help.
If the snorer doesn't' believe you, try sleeping in another bedroom for a few nights and see if you feel more well rested the next day. If your mood and your daytime alertness improve, you'll have convincing evidence for the snorer that your life is being affected by second hand snoring.
Invest in a pair of ear plugs. This often helps, but obviously if you have young children in the house, it's not a great option.
Once the snorer seeks treatment, you'll both enjoy a better night's sleep and when you feel alert and clearheaded during the day, your relationship with your partner may look brighter than ever.http://www.chinsspeaking.com

Changing the Habits of thought

And be not conformed to this world: but be ye transformed by the renewing of your mind, that ye may prove what is that good, and acceptable, and perfect, will of God. (Romans 12:2)Let none imagine that without earnest effort on their part they can obtain the assurance of God's love. When the mind has been long permitted to dwell only on earthly things, it is a difficult matter to change the habits of thought. That which the eye sees and the ear hears too often attracts the attention and absorbs the interest. But if we would enter the city of God, and look upon Jesus in His glory, we must become accustomed to beholding Him with the eye of faith here. The words and the character of Christ should be often the subject of our thoughts and of our conversation; and each day some time should be especially devoted to prayerful meditation upon these sacred themes.http://chinschallenge.blogspot.com/2011/04/heavens-declare-immensity-of-god.html
Posted by Ronald Chin at 2:56 PM No comments:

The Heavens Declare the Immensity of God

For God so love you and me that He gave the best gift, His one and only son Jesus Christ that whosoever believes in Him should not perish but have eternal life(John3:16). This is only a glimpse of what Christ gave up for us.
Deborah Haarsma
November 16, 2000
Posted by Ronald Chin at 2:27 PM No comments: