his one’s a no-brainer, even if it was a hot, steamy afternoon. Twenty-year-old Sean Schmidt from Buffalo, New York, was racing down I-190 this week with a friend, when the open sunroof proved a temptation too strong. Suddenly standing up on the passenger seat, Sean pushed half his body through the opening into the glorious rushing air. And there he remained. Until a state trooper raced up behind him with cruiser lights flashing. Doomed, Sean crawled back into the car, grabbed a small bag of marijuana and tossed it out before being pulled over. Unfortunately for Sean the bag landed on the trooper’s cruiser. Guilty on both counts—not wearing a seat belt and possession of marijuana.
Let’s face it—sometimes our guilt is  a no-brainer. The evidence is simply too obvious. “Guilty as charged—on all counts.” My conscience knows well that familiar verdict. No doubt yours does, too.
Which is why Calvary is such compelling good news for all of us sinners. “But God demonstrates his own love for us in this: While we were still sinners, Christ died for us” (Romans 5:8 NIV). The charges were dropped while we were as guilty as Sean Schmidt! In fact, before we even pleaded guilty. “By His wonderful work in giving His life, [Jesus] restored the whole race of man to favor with God” (I SM 343). Two thousand years before we were born, Christ by his death restored the human race to favor with God—all charges dropped—it is the astounding truth of this God who “justifies the ungodly” (Romans 4:5).
And it is this truth we, who are ungodly and guilty, must receive here at the foot of the cross. “For since we were restored to friendship with God by the death of his Son while we were still his enemies, we will certainly be delivered from eternal punishment by his life . . . all because of what our Lord Jesus Christ has done for us in making us friends of God” (Romans 5:10, 11 NLT). Can you believe it! For the likes of you and me and Sean Schmidt, that this is the best news of all is the greatest no-brainer of all, isn’t it? 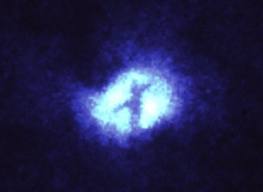 Posted by Ronald Chin at 4:38 AM No comments:

If you're like most parents, you want to be sure that your child gets enough sleep. A good night's sleep is essential to so many aspects of your child's everyday functioning, including physical and mental development, mood and general health.
But for children who suffer from the worrisome symptoms of sleep apnea, no matter how many hours a night they get, it often isn't enough to allow them to be their daytime best.
Symptoms of Sleep Apnea You Could Miss
Does your child have sleep apnea? If you don't know the signs of this serious condition, it could be easy to miss. Sleep apnea is a problem that causes the upper airways to become obstructed during sleep, resulting in a dip in the person's blood oxygen saturation levels. This can cause a life-threatening situation if it isn't promptly addressed.
And while you would expect the symptoms of sleep apnea to occur mainly at night, there are a number of daytime signs that can indicate that this condition could exist. Further, many of them are not what you would expect.
Night Symptoms of Sleep Apnea can include:
Daytime Signs of Sleep Apnea can include:
Position Matters
Supringly enough perhaps, the position your child sleeps in can also be  indicative when it comes to assessing  possible symptoms of sleep apnea. In fact, experts have noticed  that children who sleep for long amounts of time in strange positions, either with their arms stretched out tauntly, or curled in a ball with their backside in the air or hanging off the side of the bed with their head near the floor can be in the earliest stage of sleep apnea, before it actually presents. Children who are prone to the condition  will also be apt to remain in these unnatural positions for quite a while,  instead of moving around throughout the night. One further possible indicator  preceeding sleep apnea is that when you move the sleeping child to a different position, and  he or she goes  instinctively moves back again. This can be a sign that the child is trying to remain in the easiest position to breathe.
See Your Pediatrician
If you suspect your child could have sleep apnea, you should see your pediatrician right away for further assessment. The doctor can run some tests to determine if the condition does exist. If so, many children with symptoms of sleep apnea need to have their tonsils and adnoids removed. Much of the times, this seems to be an easy fix. For children who need more intervention, a special sleeping machine can make a big difference. It works by blowing air into the nose through a special mask, which helps keep the airways open and prevents symptoms of sleep apnea. If necessary, these strategies can help your child can get some much needed rest.
Sources:
American Sleep Apnea Association
http://www.sleepapnea.org/
National Sleep Foundation
www.sleepfoundation.org
http://www.sleepfoundation.org/article/hot-topics/could-my-child-have-sleep-apnea
Stanford University
http://www.stanford.edu/~dement/childapnea.html

The Bible contains the mind of God, the state of man, the way of salvation, the doom of sinners and the happiness of believers. Its doctrines are holy, its precepts are binding, its histories are true, its decisions are immutable. Read it to be wise, believe it to be safe, and practice it to be holy. It contains light to direct you, food to support you, and comfort to cheer you.

It is the traveler's map, the pilgrim's staff, the pilot's compass, the soldier's sword, the Christian's charter. Here Paradise is restored, Heaven opened,and the gates of Hell disclosed.

Christ is its grand subject, our good the design, and the glory of God  its end. 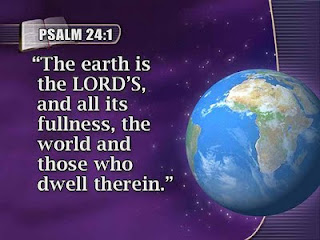 It should fill the memory, rule the heart, and guide the feed. Read it slowly, frequently, and prayerfully. It is a mine of wealth,a paradise of glory, and a river of pleasure. It is given you in life, will be opened at the judgment, and be remembered forever. It involves the highest responsibility, will reward the greatest labor, and will condemn all who trifle with its sacred contents.http://thebattleofarmageddon.com