Study Daniel and the Revelation

" Blessed is he that readeth, and they that hear the words of this prophecy, and keep those things which are written therein: for the time is at hand."  Revelation 1:3

A message that will arouse the churches is to be proclaimed. Every effort is to be made to give the light, not only to our people, but to the world. I have been instructed that the prophecies of Daniel and the Revelation should be printed in small books, with the necessary explanations, and should be sent all over the world. Our own people need to have the light placed before them in clearer lines.

Those who eat the flesh and drink the blood of the Son of God will bring from the books of Daniel and Revelation truth that is inspired by the Holy Spirit. They will start  into action forces that cannot be repressed. The lips of children will be opened to proclaim the mysteries that have been hidden from the minds of men...

Many of the prophecies are about to be fulfilled in quick succession. Every element of power is about to be set to work. Past history will be repeated; old controversies will beset God's people on every side. Intensity is taking hold of the human family. It is permeating everything upon the earth...

Study Revelation in connection with Daniel, for history will be repeated... We, with all our religious advantages, ought to know far more today than we do know.

Angels desire to look into the truths that are revealed to the people who with contrite hearts are searching the word of God and praying for greater lengths and breadths and depths and heights of the knowledge which He alone can give.

As we near the close of this world's history, the prophecies relating to the last days especially demand our study. The last book of the New Testament Scriptures is full of truth that we need to understand. Satan has blinded the minds of many so that they have been glad of any excuse for not making the Revelation their study. But Christ through His servant John has here declared what shall be in the last days; and He says, " Blessed is he that readeth, and they that hear the words of this prophecy, and keep those things which are written therin." 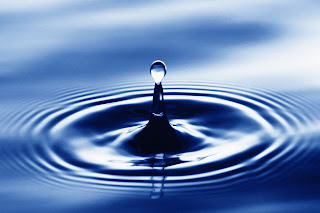 Posted by Ronald Chin at 5:23 AM No comments:

Many are sunken in sin. Many are in distress. They are pressed with suffering, want, unbelief and despondency. Disease of every type afflicts them, both in body and in soul. They long to find a solace for their troubles, and Satan tempts them to seek it in lusts and pleasures that lead to ruin and death. He is offering them the apples of Sodom, that will turn to ashes upon their lips.

A terrible picture of the condition of the world has been presented before me. Immorality abounds everywhere. Licentiousness is the special sin of this age. Never did vice lift its deformed head with such boldness as now... The iniquity which abounds is not merely confined to the unbeliever and the scoffer. Would that this were the case, but it is not. Many men and women who profess the religion of Christ are guilty. Even some who profess to be looking for His appearing are no more prepared for that event than Satan himself. They are not cleansing themselves from all pollution. They have so long served their lust that it is natural for their thoughts to be impure and their imaginations corrupt. It is as impossible to cause their minds to dwell upon pure and holy things as it would be to turn the course of Niagara and send its waters pouring up the falls.... Every Christian will have to learn to restrain his passions and be controlled by principle.

If lasciviousness, pollution, adultery, crime, and murder are the order of the day among those who know not the truth, and who refuse to be controlled by the principles of God's word, how important that the class professing to be followers of  Christ, clearly allied to God and angels, should show them a better and nobler way! How important that by their chastity and virtue they stand in marked contrast to that class who are controlled by brute passions!  Maranatha page 26

Posted by Ronald Chin at 7:55 AM No comments: