Jesus as a child.

The childhood and youth of Jesus were spent in a little mountain village. There was no place on earth that would not have been honored by His presence. The palaces of kings would have been privileged in receiving Him as a guest. But He passed by the homes of wealth, the courts of royalty, and the renowned seats of learning, to make His home in obscure and despised Nazareth.
Wonderful in its significance is the brief record of His early life: “The child grew, and waxed strong in spirit, filled with wisdom: and the grace of God was upon Him.” In the sunlight of His Father’s countenance, Jesus “increased in wisdom and stature, and in favor with God and man.” Luke 2:52. His mind was active and penetrating, with a thoughtfulness and wisdom beyond His years. Yet His character was beautiful in its symmetry. The powers of mind and body developed gradually, in keeping with the laws of childhood.
As a child, Jesus manifested a peculiar loveliness of disposition. His willing hands were ever ready to serve others. He manifested a patience
that nothing could disturb, and a truthfulness that would never sacrifice integrity. In principle firm as a rock, His life revealed the grace of unselfish courtesy.
With deep earnestness the mother of Jesus watched the unfolding of His powers, and beheld the impress of perfection upon His character. With delight she sought to encourage that bright, receptive mind. Through the Holy Spirit she received wisdom to co-operate with the heavenly agencies in the development of this child, who could claim only God as His Father.
From the earliest times the faithful in Israel had given much care to the education of the youth. The Lord had directed that even from babyhood the children should be taught of His goodness and His greatness, especially as revealed in His law, and shown in the history of Israel. Song and prayer and lessons from the Scriptures were to be adapted to the opening mind. Fathers and mothers were to instruct their children that the law of God is an expression of His character, and that as they received the principles of the law into the heart, the image of God was traced on mind and soul. Much of the teaching was oral; but the youth also learned to read the Hebrew writings; and the parchment rolls of the Old Testament Scriptures were open to their study.
In the days of Christ the town or city that did not provide for the religious instruction of the young was regarded as under the curse of God. Yet the teaching had become formal. Tradition had in a great degree supplanted the Scriptures. True education would lead the youth to “seek the Lord, if haply they might feel after Him, and find Him.” Acts 17:27. But the Jewish teachers gave their attention to matters of ceremony. The mind was crowded with material that was worthless to the learner, and that would not be recognized in the higher school of the courts above. The experience which is obtained through a personal acceptance of God’s word had no place in the educational system. Absorbed in the round of externals, the students found no quiet hours to spend with God. They did not hear His voice speaking to the heart. In their search after knowledge, they turned away from the Source of wisdom. The great essentials of the service of God were neglected. The principles of the law were obscured. That which was regarded as superior education was the greatest hindrance to real development. Under the training of the rabbis the powers of the youth were repressed. Their minds became cramped and narrow. DA pages 68 & 69
metromenspm.com
http://beltoftruthministries.com/
www.biblestudies.com 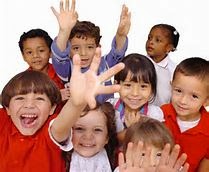